Sometimes when you’re stuck, it helps to let som 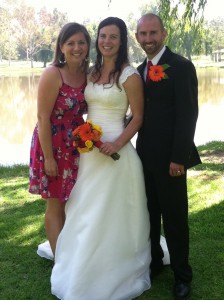