Well, Miss Savannah is three months old, and we’re pretty sure she’s one of the sweetest babies in all the land. 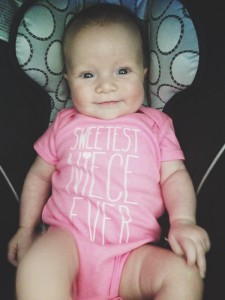 I am loving that she’s still a cutie little newborn in a flopsie, can’t-really-do-much-kind-of-way, but she’s also growing and learning new things all time.

Her basic day involves eating, being awake for a little bit, then sleeping. And repeat. It all happens at about the same times each day, but I wouldn’t call it a schedule. More like a flexible routine, and it’s working well for how we live. When she’s awake after she eats, she is SO smiley. =) We love it. 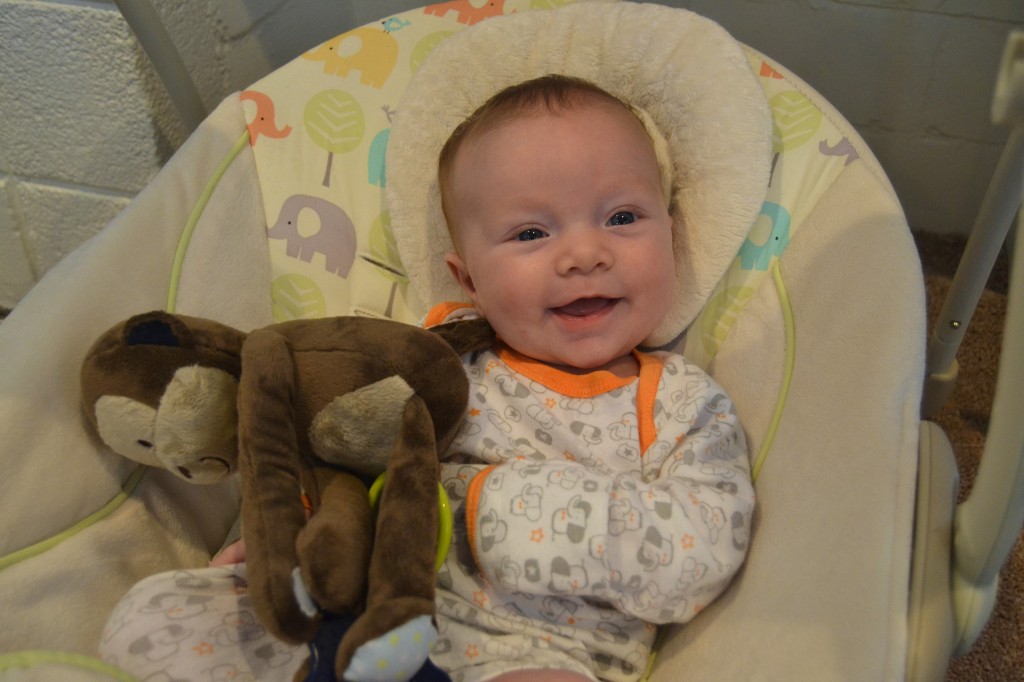 She doesn’t seem interested in toys yet, except for her monkey. She’s very content when he’s by her side. It’s cute. 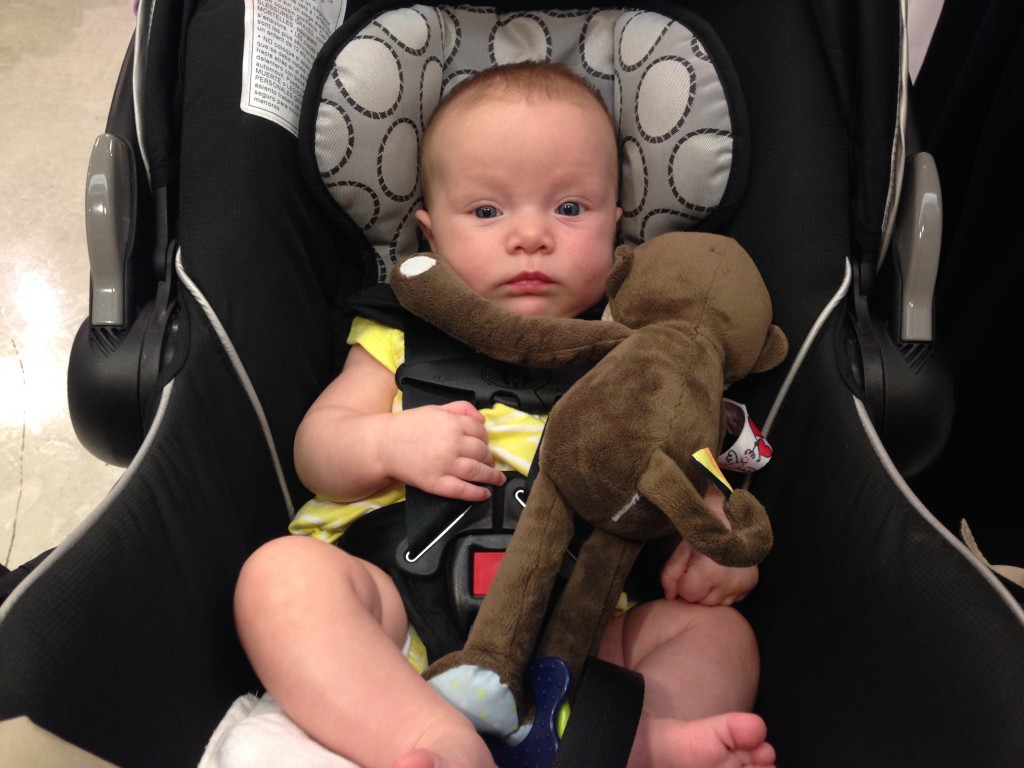 Savannah likes to use her strong legs to push herself backwards. As you can see in the picture below, she can scoot herself right off the play mat. Oops. 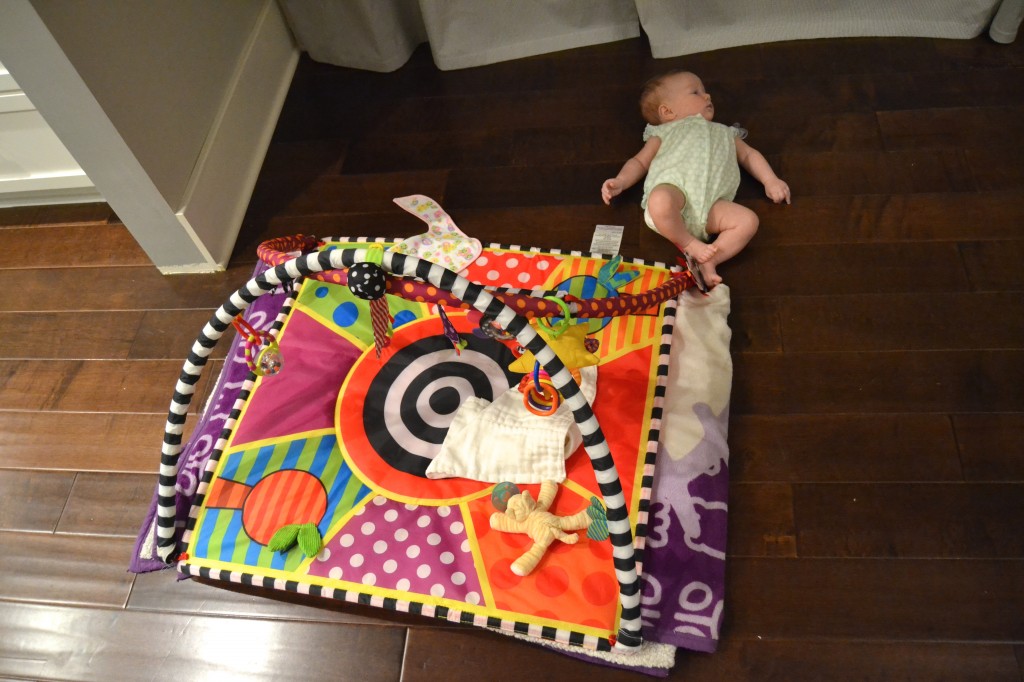 She’s really good at holding her head up, and she is officially rolling over! She did it a few times early on, but now we can consistently get her to do it multiple times in a row. And she’s so proud of herself! 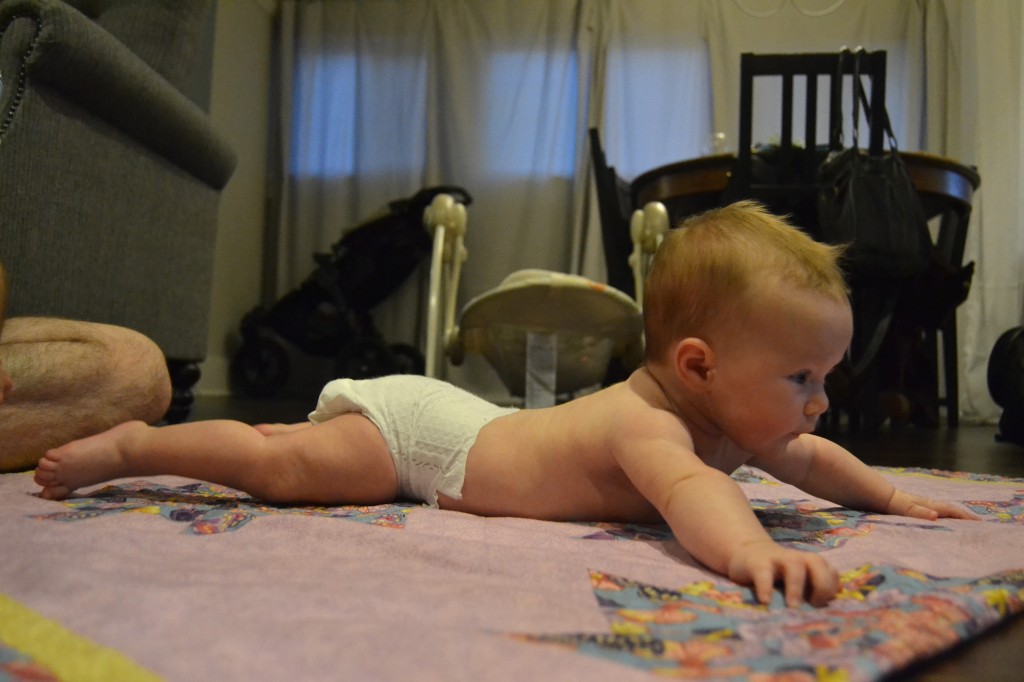 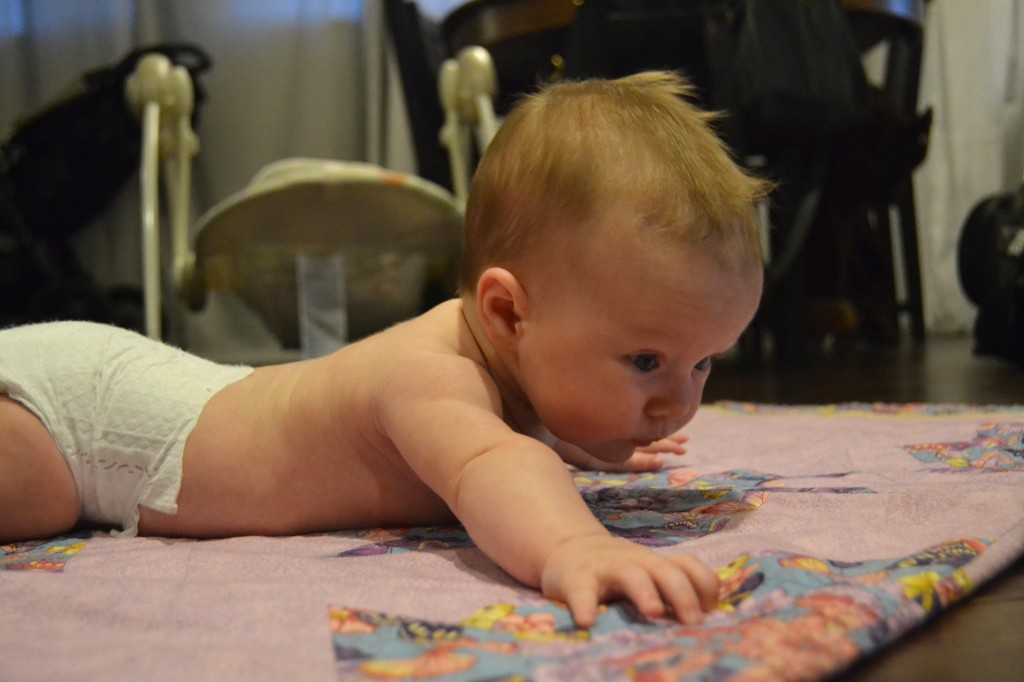 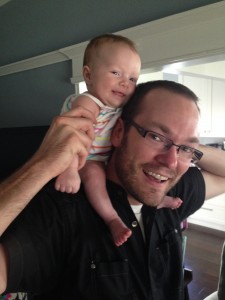 …but she doesn’t humor her mommy when it’s time for a selfie. Little Miss Serious. 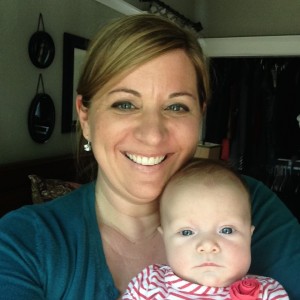 And Savvy got to go to the beach for the first time to see the ocean! 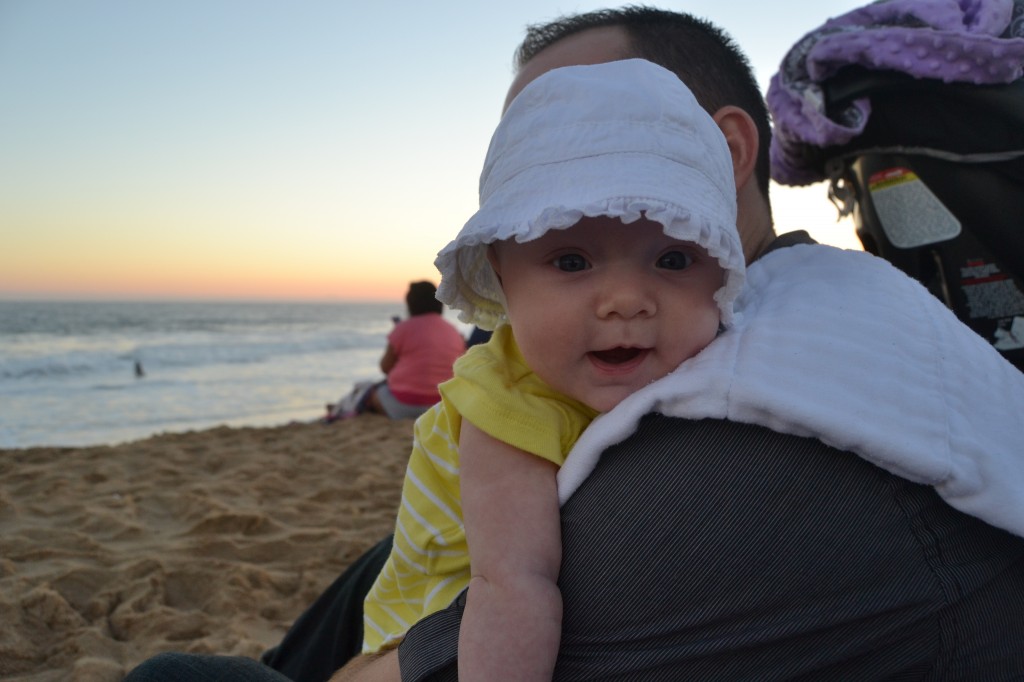 Other new things include sucking on her fingers and chatting up a storm. It is so fun to hear her talk, talk, talking. =) We love our little 3-month-old! 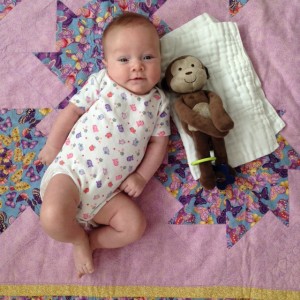 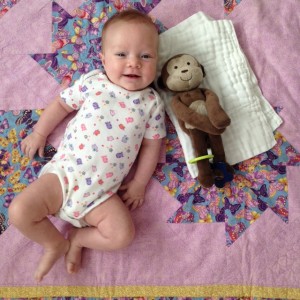 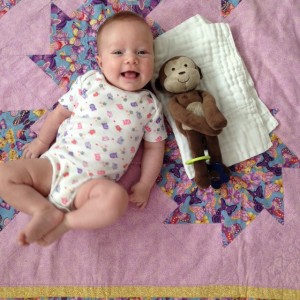